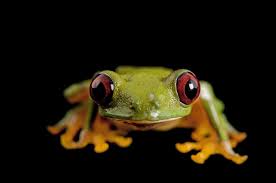 You, too, can become a Patron!
Reap the Rewards!
Enjoy the music!
Patreon.com

Meet Steve Postell, an earlier generation mainstay of the Santa Monica songwriter scene. Enter his studio, which like so many studios in LA (including the one in which I live), is a very effectively re-purposed garage…and is nearly completely overrun with frogs.

Glass frogs, plastic frogs, metal frogs, cloth frogs, frogs that play bass, frogs that read, frogs that dance, frogs with afros…just about any kind of frog you can imagine. Somewhere way back in the annals of time a client brought a gift frog for Steve, and somehow the trend never died. Steve is, in fact, no longer accepting frogs, so when you call him to record you (and you should), please do not bring a frog. Not even as a joke.

A Word on the Engineer/Co-Producer/Accompanist/Studio:
I’m finding over time how an engineer’s energy can make or break a recording, and Steve is a master of efficiency and focus, things I readily include in the list of helpful vibes. We sat down at the beginning of the session and planned what we would do and how long we should take at it. He made a quick chart of the song as I explained what I had in mind, and what he wasn’t able to execute to his satisfaction in our session he put together on his own time, an extremely generous gesture. His intellectually-informed creative contributions, both on the dobro and in his totally worthy feedback, put me at ease and let me know I was working with someone who enjoyed the work. Steve does not engage with projects which will not live up to a certain standard, so his willingness to participate in the Singles Project with me, with just about zero precedent, was an immediate compliment, and I am honored to count him collaborator.

You, too, can become a Patron!
Reap the Rewards!
Enjoy the music!
Patreon.com

Jack Lee was a quiet tree of invitingness when Therese Barron and I entered the house at the very northern end of the Santa Monica Mountains. His home felt occupied, but with enough room in it for those who entered so that they didn’t feel they might knock something or someone aside by being there. A stone on the desk in the living room where we recorded read a comforting quote by the poet Tagore. Anyone who values the work of Tagore is a win in my book. Thanks to our mutual friend, Nick Thorkelson, for the introduction. 🙂

A Word on the Engineer/Co-Producer/Accompanist/Studio:
Jack Lee is a master of a comfortable silence. He was genuinely excited about the “three-hour challenge” of the Singles Project, and rose to it effectively, making excellent use of both our time by setting a schedule of what needed to happen by when — “Let’s do your part first, then add my parts until such and such a time, then comp, mix, and master.” His dobro and soulful piano parts – created on the spot – fit succinctly into the Blessing Song, unobtrusively, with a spiritual loveliness that not many have naturally in their fingers. The man is an artist and poet in many capacities, and we only scratched the surface of it by calling upon his skills as an engineer and instrumentalist. I’m glad to have him on my roster.