I wanted to blog retroactively about Studio 770, because I think what they’re doing is such an interesting and creative way to keep the place afloat even in the dark times of bedroom iPhone recordings.

A Word on the Studio:
If you go to the website you’ll see that they’re a fully-equipped, multi-soundproofed-roomed operation boasting several staff and a house band to boot. Situated in Brea, CA, in what appears to be an old motel converted to office/studio spaces, Studio 770 (based on the address) seems to be thriving. How do they afford this when the rest of the recording studios in the world are struggling to stay relevant alongside the easy, user-friendly, gear-light technology of the digital age? The answer is simple, community-oriented, effective, and fun: Open Mic Night. 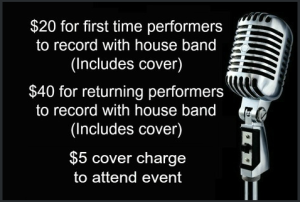 A Word on the House Band:
If the above picture isn’t registering, for $20 you can come for the first time and either do a jazz standard, or bring your own chart and trust the (very trustworthy) house band to get the take in 10 minutes (which is all the time you have! And if you prepare well enough, it’s all the time you’ll need). Let them know the tempo, the feel, any kicks, whether you want the bass player to walk or to hang on roots, how many times to run through the form, and how to end the thing, and in ten minutes and for twenty bucks, you have your monthly single, Sarsaparilla, accompanied by the following professional studio players:

A Word on the Engineer:
Part of the reason I was so interested in this particular studio is because it’s owner and chief engineer is a graduate of the Dick Grove School of Music–the school where my parents met and from which every alum I know has fascinating things to say in regards to their music educations. More to come on Dick Grove in future writings. In the meantime, Shantih Haast, who graduated from the composition and arranging program in 1987, has a long history working in and around studios and in lieu of the looming obsolescence of her business, tried something a little different. (She’s pictured below, but don’t be scared, this was in honor of Halloween. Her real visage is in the frame beside her.) 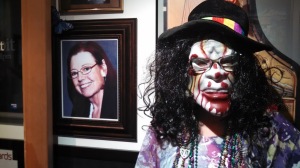 Big thanks to Troy Ambroff for mixing and mastering on the spot! And Kimberly Lane for coordinating the event, and Alba Tucker for the photography! Studio 770. Keepin’ it floatin’ in the funnest of ways.

The Free One!
SoundCloud.com 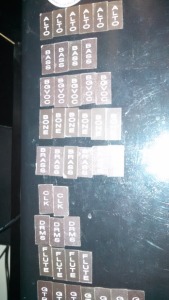