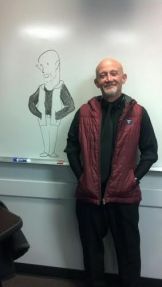 The Free One:
Soundcloud.com

So enjoy my fumbling stylings of this year’s inaugural Special Session: Jennifer. A song my father, Scott Mitchell Brownlee, wrote in a phone booth in 1972 while he was waiting for his band manager to call him back. Around 2003 I heard him play it for the first time while our family was hanging out in a hotel room at the Glacier National Park, and I burst into tears. Ever since I’ve been sharing it with special friends in special situations, and now it’s the first Special Session.

Incidentally, my dad has 40 or so years of recording/producing experience and was additionally awesome in making the session happen last night.

Scott and Pamela Brownlee live in the beautiful state of Washington and during summers run a Cowboy Supper Show called the Rockin’ B Ranch (<–if you click on this you’ll get some insight on my upbringing). The Rockin’ B will have two more shows this year before closing its show doors indefinitely (Oct 9 & 10). It’s ridiculously worth traveling for: