Just because I’m working Music as a Second Language really hard right now doesn’t mean I’m abandoning my performing career – I can do both! And I just started last week: Trucked my guitar and my tubist, Jesse Metzler, down to 37′ Productions in Rockland, MA, and a few takes later had a live and mixed track of Roll Back Down for the world’s listening pleasure. Sean McLaughlin is helping me immensely not just by being a positive force in the world and the studio, but also by agreeing to be the first of many studios and thereby setting the bar for this idea…

So the concept runs like this: After getting a studio, engineer and one or more other musicians on board, we pick a day, go in, and record and mix a single Olivia Brownlee original tune. Then, I’ll take the tune and post it up here at OliviaBrownlee.com/Music – a page that sooner than later will allow you to pick and choose your own preference of OB tunes (new singles as well as previously recorded songs) and buy them as a collection (probably a pay-what-you-want situation). Then, you can have a playlist of just the songs you prefer! And if I’m very clever (and if the people whose help I seek are even cleverer), a way will also be made to request album artwork for your selections. Eventually, maybe I’ll make my own collections (“Sad Songs” or “Funk Songs” or “Songs in 6/8”), but until then, it’s Listener-Dictated baby! And this way, not only do we get to take our time, but I also get to know different producers, musicians, engineers, and studios, expanding both my network and yours through praxis! Everybody wins! So without further ado: 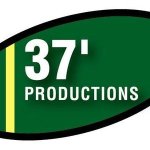 A Word on the Studio:
37′ Productions is founded and maintained by Sean McLaughlin. In the Wright Studios across from Mary Lou’s in Rockland, on the top floor past innumerable artists and artisans in a maze of rooms that smell of paint and creativity, 37′ is the recording home of gobs of local songwriters, including but not limited to Sarah Blacker, Girls Guns and Glory, and Matchbox Twenty. A comfortable listening/mixing room, an isolation booth, room enough (just barely) for a full brass band but intimate enough for a single songwriter, 37′ Productions is an example of a great use of space.

A Word on the Engineer:
Sean McLaughlin is one of the most positive forces I know in both the studio and the world at large. He is enthusiastic for the artist, the song, the vibe, and brings all his experience and knowledge to bear on every project that comes through his door. He is encouraging and well-prepared. He gives as much time to the actual recording as is practical, he mixes quickly and joyfully and is attentive and compliant to the desires of the artist without compromising his own artistic integrity. Sean and I have been biding our time, anxiously awaiting the opportunity to work together, and I’m so glad it’s now. EMAIL: sean@37ft.com

A Word on the Accompanist:
Jesse Metzler is a freelance low brass musician, specializing in teaching and performing the fat beats and driving melodies of the Crescent City. He was prompt, learned the material I sent him in short order, and played tuba with acuity. Gentle and game, I’d call him any day for a low brass need. EMAIL: jesse.b.metzler@gmail.com PHONE: 617.418.9510